Kent lorry chaos begins to ease with less than 2,000 drivers waiting to cross The Channel – after British and Polish army and French firefighters find just 36 Covid cases in testing drive

Lorry chaos has begun to ease in Kent but 1,600 drivers are still waiting to cross The Channel after spending Christmas Day separated from their families in their cabs and more are arriving ‘every hour’.

Despite efforts to help those stranded in their trucks get home before the festive season, thousands were still left waiting around yesterday as 1,100 military personnel were drafted in to help clear the logjams this morning.

The Polish army arrived to aid British armed forces with the testing today, despite all lorries being cleared from Operation Stack, with the remaining HGVs sitting still on Operation Brock. 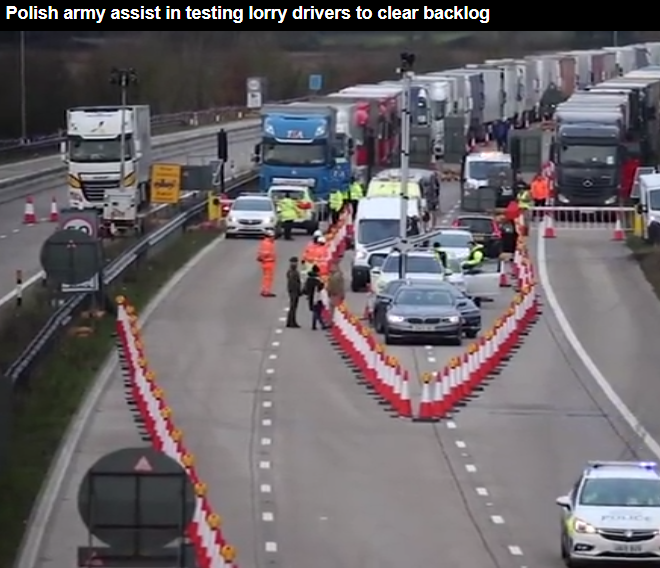