Asymptomatic NHS staff working in a community pharmacy in England will be able to test themselves for COVID-19 at home twice a week, NHSE&I has confirmed.

All “patient-facing” NHS staff will receive “appropriate training” that will enable them to use the lateral flow tests at home twice a week and get the results back before going to work.

The announcement was made by NHS England and NHS Improvement (NHSE&I) national medical director Professor Stephen Powis, national director for emergency and elective care Pauline Philip, and chief nursing officer Ruth May in a letter to NHS staff earlier this week (November 9).

An NHSE&I spokesperson confirmed to C+D today (November 11) that the lateral flow tests will be made available to “all staff working in community pharmacies”.

“Following further scientific validation of the lateral flow testing modality, and confirmation over the weekend from test and trace that they can now supply the NHS with sufficient test kits, we are pleased to confirm that asymptomatic testing will be made available to all patient-facing NHS staff,” Professor Powis, Ms May and Ms Philip said.

The lateral flow testing technology will be implemented by 34 trusts this week, and the NHS will work with NHS staff “to ensure that full rollout is in place from next week”, they added.

The NHS in England selected the Innova lateral flow device for wider rollout among NHS staff.

These come in boxes of 25, containing 25 cartridges, swabs and two bottles of buffer. Instructions on how to use these tests, along with a training video for trainers and a video for NHS staff will be “available shortly”, according to the NHS letter.

Professor Powis, Ms May and Ms Philip said in the letter that the new lateral flow tests “have a lower specificity and sensitivity” than reverse transcription-polymerase chain reaction (RT-qPCR) tests, but staff will be testing twice a week, which “helps mitigate the sensitivity considerations”.

“To mitigate the lower specificity, all positive results will be retested via PCR”, they added.

Speaking before the Health and Social Care Committee and Science and Technology Committee yesterday (November 10), NHS test and trace chair Baroness Dido Harding said that “the new testing technologies that are being rolled out in the NHS, both lateral flow and loop-mediated isothermal amplification, enable turnaround times in less than an hour, which will be hugely valuable for the NHS as they roll those out”.

Earlier this week, the Department of Health and Social Care announced that an initial batch of 600,000 lateral flow tests would be sent out to local public health leaders this week. The directors of public health will decide who will have priority access to the tests and how these will be carried out. 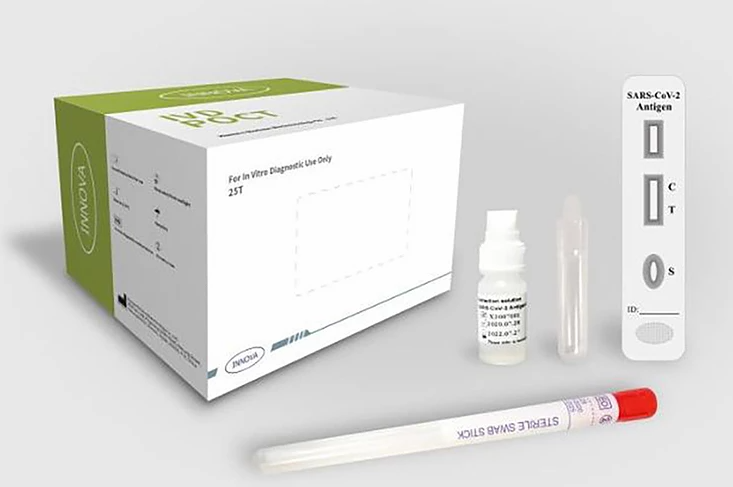